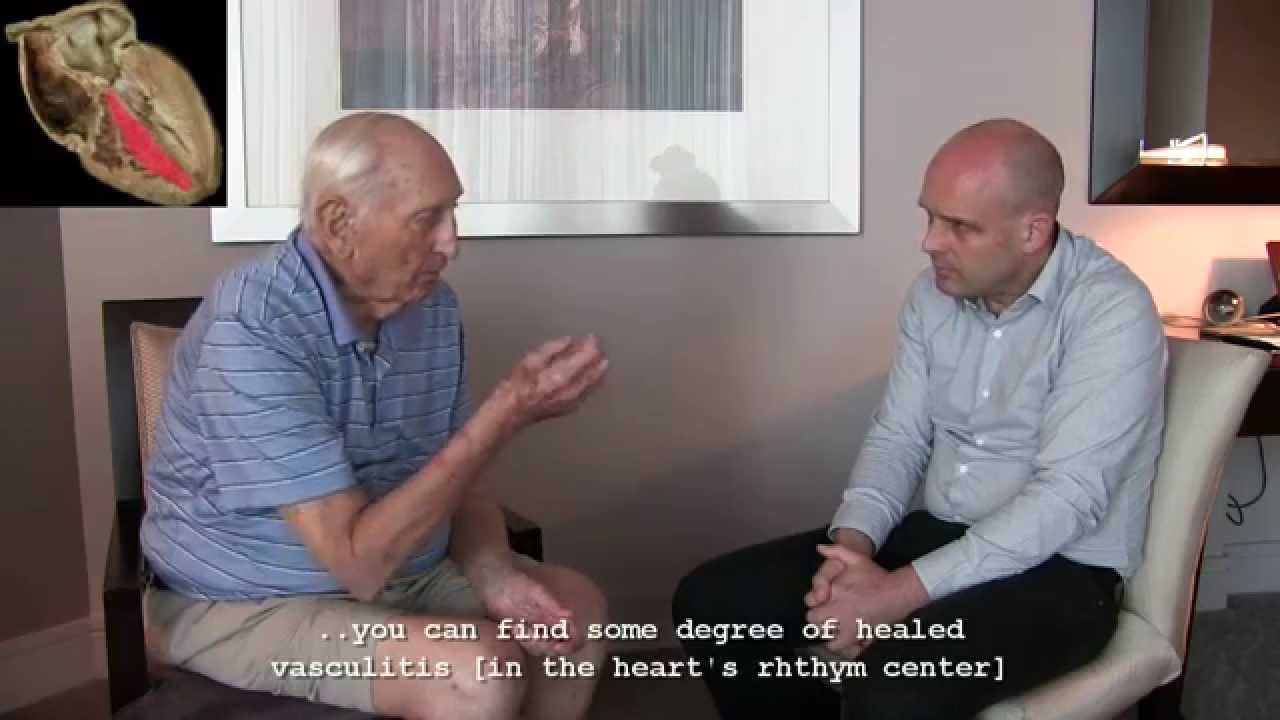 Those with cardiovascular disease not identified with diabetes… are simply undiagnosed.

One of Dr. Kraft’s conclusions, based on his illustrious career, is simple and provides a profound and ultimate truth: diabetes is a vascular disease. His career spanned decades and included unparalleled research performing insulin assays in over 14,000 subjects, thousands of autopsies, and collaboration with others medical experts searching for the root causes of chronic diseases including vascular disease. He also wrote a book about his research titled Diabetes Epidemic & You.

I was lucky enough to meet and interview Dr. Kraft this summer in Chicago along with engineer Ivor Cummins and family physician Dr. Ted Naiman. Ivor discovered Kraft’s work through researchers Prof. Grant Schofield and Catherine Crofts, PhD who now have Kraft’s entire database for analysis. Ivor was insistent to interview the doctor who recently turned 95 years, and so we did.

I wanted to share my thoughts from the experience and focus a bit on the cardiovascular implications of Kraft’s work. But first let’s briefly look at his insulin assay.

Dr. Kraft’s test is similar to the oral glucose tolerance test (OGTT), but it runs longer and includes insulin measurements. He confirmed and standardized the measurements using 14,384 subjects of all ages (a rather huge sampling). He identified one distinct normal insulin pattern (I) called “euinsulinemia” and three abnormal patterns (II-III-IV) of hyperinsulinemia, also called diabetes “in-situ”. Pattern (V), consistent with low insulin, type I diabetes and loss of beta cell function was also identified but is not discussed here. Diabetes in-situ identifies diabetes at its earliest stage, illustrating how hyperinsulinemia manifests itself before hyperglycemia. Insulin resistance, a more common term used today, can be used interchangeably as both describe a similar metabolic defect.

Kraft discovered that 83% of the subjects (not intended to represent the general population by design) failed his test thus meeting criteria for hyperinsulinemia (diabetes “in-situ”) based on the insulin assay. Comparing Kraft’s findings to a recent NHANES study, the new prevalence estimates including pre-diabetes and diabetes in adults are 49-52%. These estimates, though they’re getting closer to what Kraft predicted, are still based on the industry standard methods (SMs) of blood sugar measurement and are likely missing many. Clearly Kraft, by way of the insulin assay, was way ahead of his time recognizing the enormity of the problem and how ineffective are the industry SMs. To summarize:

See the problem? Many are missed because industry SMs falsely label subjects as ‘normal’ when indeed they are not (statistically speaking that’s called “false negatives” or “1-sensitivity”). The insulin assay in comparison is telling. The bottom line is that industry SMs of blood sugar measurement (still the same today) provide a false sense of security and that’s not ok! To summarize:

What troubles myself and other colleagues who address proper nutrition, is that despite this well established relationship between hyperinsulinemia and vascular disease, most doctors still view diabetes as just a loosely associated risk factor. Most healthcare professionals fail to recognize how insulin and other hormones, via various metabolic pathways, play pivotal roles that lay at the root cause of many chronic diseases including vascular disease. Ignore these pathways and watch those blood vessels go up in flames! So then why are so many doctors disconnected?

Sadly, traditional cardiovascular risk assessment tools lead us astray, steering us away from the root cause of atherosclerosis, namely inflammation. These tools including the 2004 NCEP ATP III guidelines and the 2013 CV risk calculator provide doctors with “muddy” and statistically noisy predictors based on rather loosely associated Framingham risk. The focus of the guidelines has a central theme: to simply lower serum cholesterol concentration (more specifically serum lipoproteins including total cholesterol and LDL-C) via a low saturated fat diet and or medication. Although diabetes gets a mention, it’s clearly underemphasized. It’s all about lowering cholesterol, and nothing more.

Without a well identified mechanism, cholesterol remains an elusive associated risk and yet orthodoxy says that too much is bad and requires remedy. Hyperinsulinemia, insulin resistance and the metabolic syndrome, on the other hand, provide irrefutable mechanisms that describe vascular disease (atherosclerosis) as an inflammatory process. These mechanisms include adiposity, inflammatory cytokines, free fatty acids, and oxidative stress that inflame the blood vessel wall, the cholesterol and the lipoprotein lying within the plaque itself. Addressing the quality of cholesterol rather than the quantity is key based on these mechanisms.

Many large epidemiological studies challenge the approach to lowing cholesterol. The Get with the Guidelines study in 1998 showed that 75% (the majority) of patients hospitalized with acute coronary syndrome (ACS) had actually met cholesterol lowering targets at time of admission. Why then were they having heart attacks? A large recent review titled Towards a Paradigm Shift in Cholesterol Treatment demonstrated that people with higher cholesterol live longer. These observations suggest that current guidelines addressing cholesterol concentration are indeed problematic.

Framingham might predict a two to three times increased risk in some, but looking at diabetes as an independent risk factor paints a different picture. A recent study presented at the European Society of Cardiology noted that younger diabetic women are six times more likely to have a heart attack. Combining this with Kraft’s findings, that many with diabetes are being missed, it’s clear that we’re not properly addressing cardiovascular risk as well. If you truly want to properly address CV risk, forget the Framingham tools and focus on the root cause, hyperinsulinemia. It’s a sure bet.

Some have asked why Kraft’s work has gone largely unrecognized and the sad truth is that “Big Pharma” never found a way to cash in (GLP1 analog class of drugs changes that picture today). Reaven also didn’t draw much attention from “Big Pharma” as he identified diet and carbohydrate restriction as the primary intervention. Kraft admits that he mostly avoided the dietary debate but he did tell us in Chicago that reducing carbohydrates in the diet certainly was important and that there was never any basis to recommend reducing saturated fat in the diet. It’s clear, however, based on insulin metabolism, that a low-carb high-fat (moderate protein) diet should be the default for those pre-diabetic or diabetic.

Addressing cardiovascular risk begins with properly addressing hyperinsulinemia and insulin resistance and we have to thank Dr. Kraft for his work in this arena. The treatment is primarily nutritional, using low carb diets. Focusing on Framingham risk and cholesterol alone is a distraction and more doctors need to understand why.

Big thanks to Ivor our problem solving engineer who extracted Kraft’s numbers on all 14,384 subjects. He then created a huge spreadsheet breaking down the data by age and result allowing for proper analysis. And all that just for giggles!

Please write a review about our services 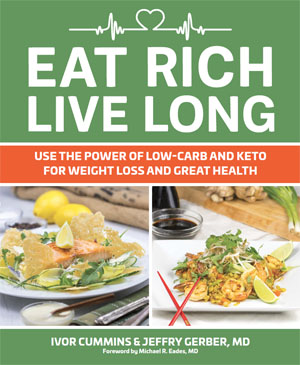 Jeffry N. Gerber, M.D. FAAFP is a board certified family physician and owner of South Suburban Family Medicine in Littleton, Colorado, where he is known as “Denver’s Diet Doctor”. He has been providing personalized healthcare to the local community since 1993 and continues that tradition with an emphasis on longevity, wellness and prevention.